The history of our wine

A memory marked by wine

A place of encounter. A place of castles and monasteries. A place of stories with kings, commoners and wine.They accompany us on our journey to value and learn about our land and its people. People who have been passionate about wine and their land. From antiquity and tradition to modernity via excellence.

The importance of history

Know about and have an appreciation for the history as essential for both conceiving and developing the Marañones Project.

Our intention is not to make an exhaustive journey through history. Rather, we seek a clear vision of the essential teachings transmitted through time and by the people of the region. These people have given to their region its personality as a land of wine.

The unfolding history of the region and the constant presence of wine in it have been decisive in establishing a relationship between the winery and the region. This relationship was built on understanding, respect and commitment.

In 1150, Alfonso VII The Emperor, King of León founds the Monastery of Santa María de Valdeiglesias in Pelayos de la Presa by assembling twelve hermitages of the area. From this moment, the agricultural exploitation of the land will be decided and promoted, with the wine as fundamental crop.
Wine has contributed to the growth and prosperity of the region and its people since then. It was not only the main nutritional source.but also a way to organise the region through production, as well as being the main trading merchandise. 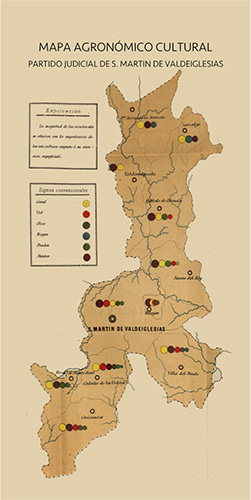 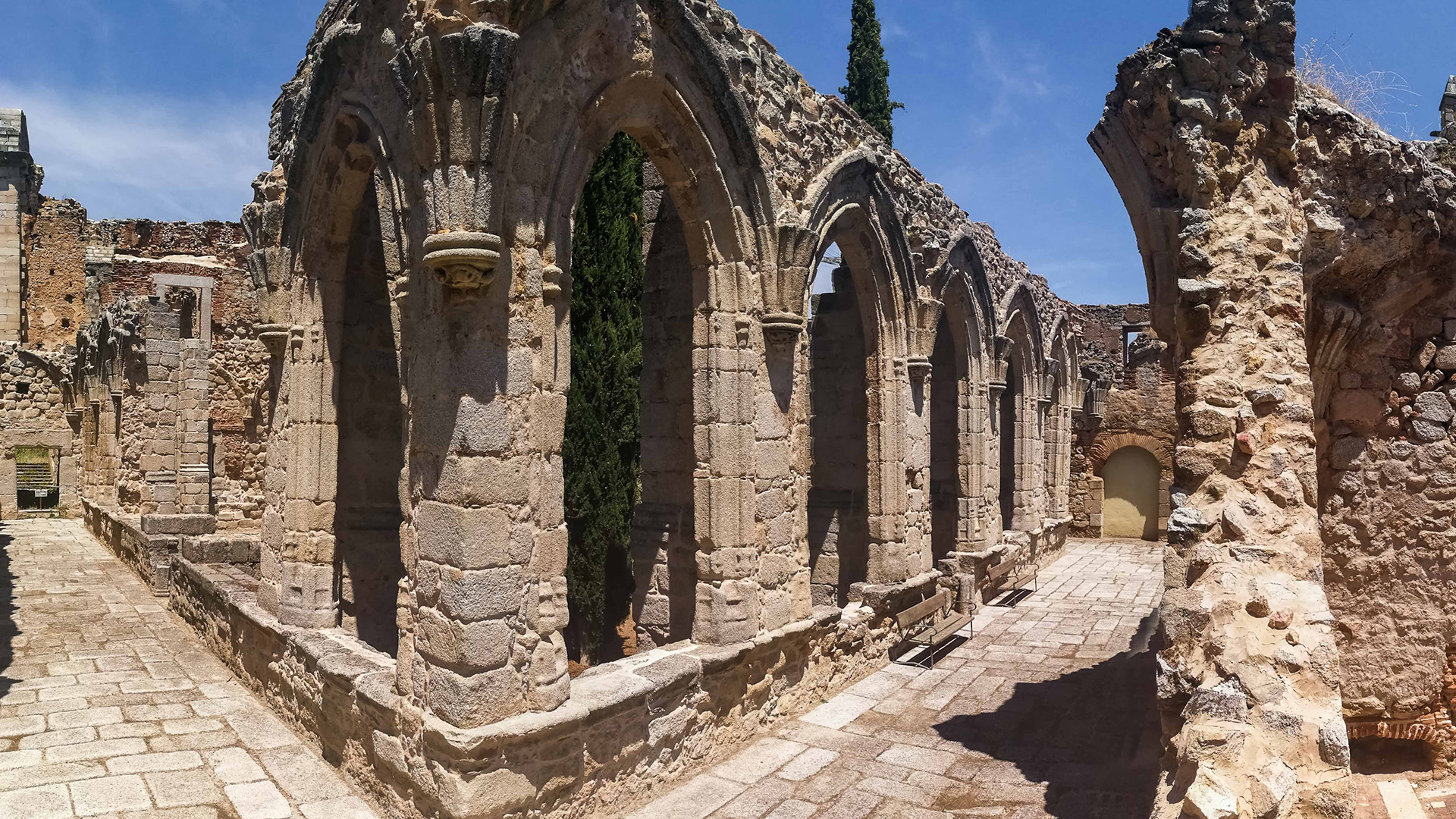 In 1434, at the time when Juan II, father of Isabel la Católica, was king, Don Álvaro de Luna, “Condestable de Castilla”, bought the lordship of San Martín de Valdeiglesias from the monastery of Pelayos. He ordered the construction of the Coracera Castle that has had so much influence on the creation of the Marañones Winery. The Castle housed a winery until recent times just in the lower part of the “Torre del Homenaje”, where today the Vinoteca is located.
The famous pact recognising Isabel as successor of Henry IV, and future Queen of Castile, was signed in the meadows where the Bulls of Guisando are located, on the side of the Castle.

From the 16th century, the vineyard was consolidated as a product. It conditioned the landscape and the economy so typical of the region. The wines at this time had a good reputation, especially being the main supplier of the Court. This reputation and the following trade created a regional specialisation, marked by knowledge, passion and a great care for the vineyard.
Its development determined the ownership structure as well as a strong drive towards commerce. Inter-regional relations also derived from it. Madrid and the Court, and to a lesser extent Toledo and Ávila, constituted a large market. They were already accessible by historical routes that crossed San Martin de Valdeiglesias.

Cervantes The two wines that Cervantes preferred, over the nectar given as the payments of Esquivias, were those of Ciudad Real (whites and reds) and the whites of San Martín de Valdeiglesias. The "wine of Santo" was “the best white wine in Spain", in the authoritative opinion of Luis Zapata, and “a cordial medicine against melancholy", according to the scientific judgment of Dr. Sorapán de Rieros. It should be noted that it came exclusively from the madrileño village that gave it its name, and was sold as expensive or precious wine in the best taverns of Madrid, Segovia, Valladolid and other cities of Castile.

The terrible diseases that affected the Spanish vineyard in the last quarter of the 19th century came much later to Gredos. Soil and climate conditions delayed it until the 1910s. This had two consequences, on the one hand, the development of treatments that allowed the disease to be efficiently controlled and both grape types and vines to be saved. On the other hand, the phylloxera created an increase in the demand for Gredos wines due to the relative shortage by loss of production in the other zones.

As Gredos was relatively spared by the phylloxera, the continuity of production was preserved. Because of this and the particular orography, there was no consolidation of the land. It allowed to preserve a divided and specialised land.This land forms the base of the agrarian patchwork that we still observe today. The decade of the 60’s witnessed a change in the economic structure of the zone with the irruption of holiday residences and “construction" as a new leading economic sector.
From 1960 the changes in the vineyard in Spain were felt. A new regional productive frame was put in place, based on the “denominations of origin”, oriented towards the quality, but also towards more efficient yields. This new system did not reach us until 1990, with the constitution of the DO Wines of Madrid and the sub-area of San Martín de Valdeiglesias.

The decade of the 60’s witnessed a change in the economic structure of the zone with the irruption of holiday residences and “construction" as a new leading economic sector. As well as this the wines of the region were back then considered as having lost quality comparatively with other regions. Combined with raging competition, these factors led to a gradual fading of the wine industry in our area. At the beginning of the 21st century, this was all changed when a group of pioneers settled their wineries here. They had a clear vision and a new understanding of the value and potential of the wines and landscapes of Gredos. They also had the strong intention of adapting the techniques of preparation and responding to the new awareness and demand of quality from the consumers.
This brief tour takes us through the historical relationship between the vineyard and the region. It demonstrates the importance of wine in the landscape, culture, ecosystem and economy of our region. Through our dedicated daily work at Marañones Winery, we put all our appreciation of our history in each of our vineyards and wines. 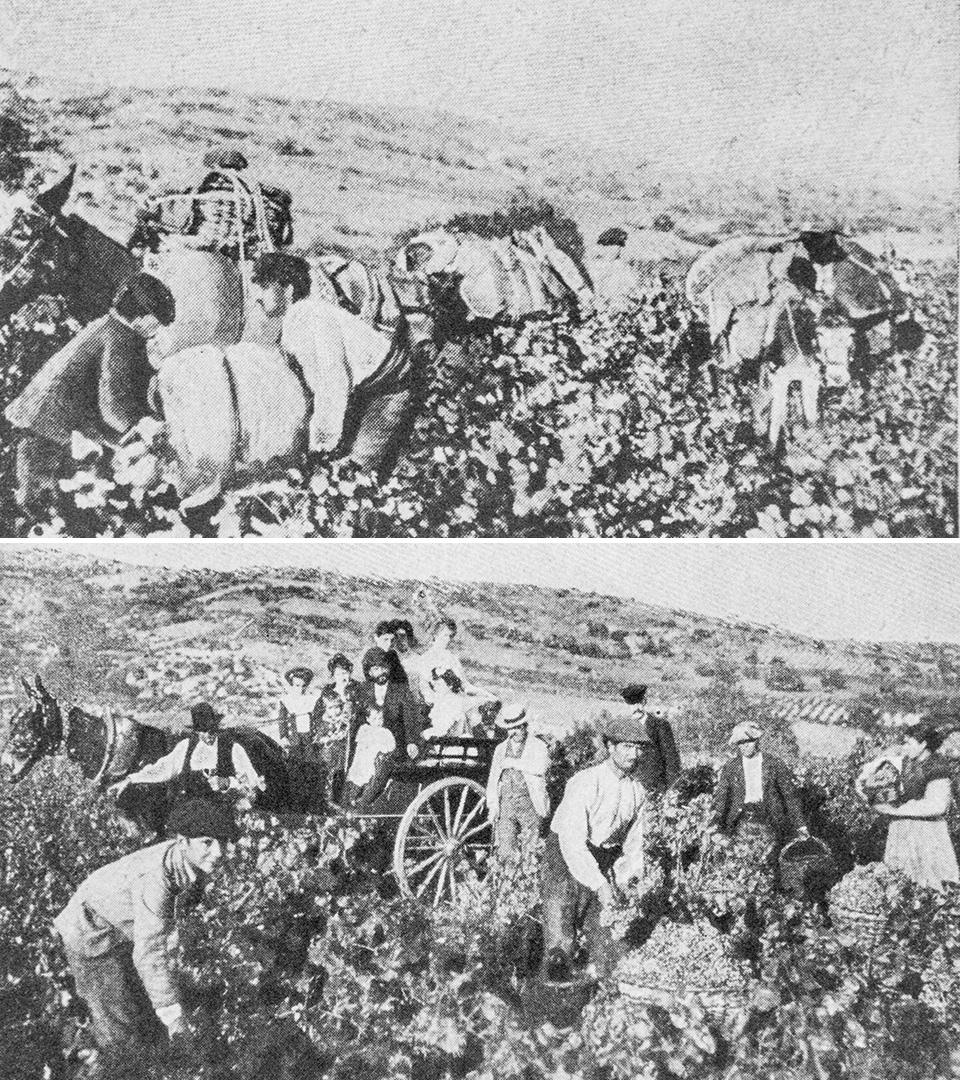